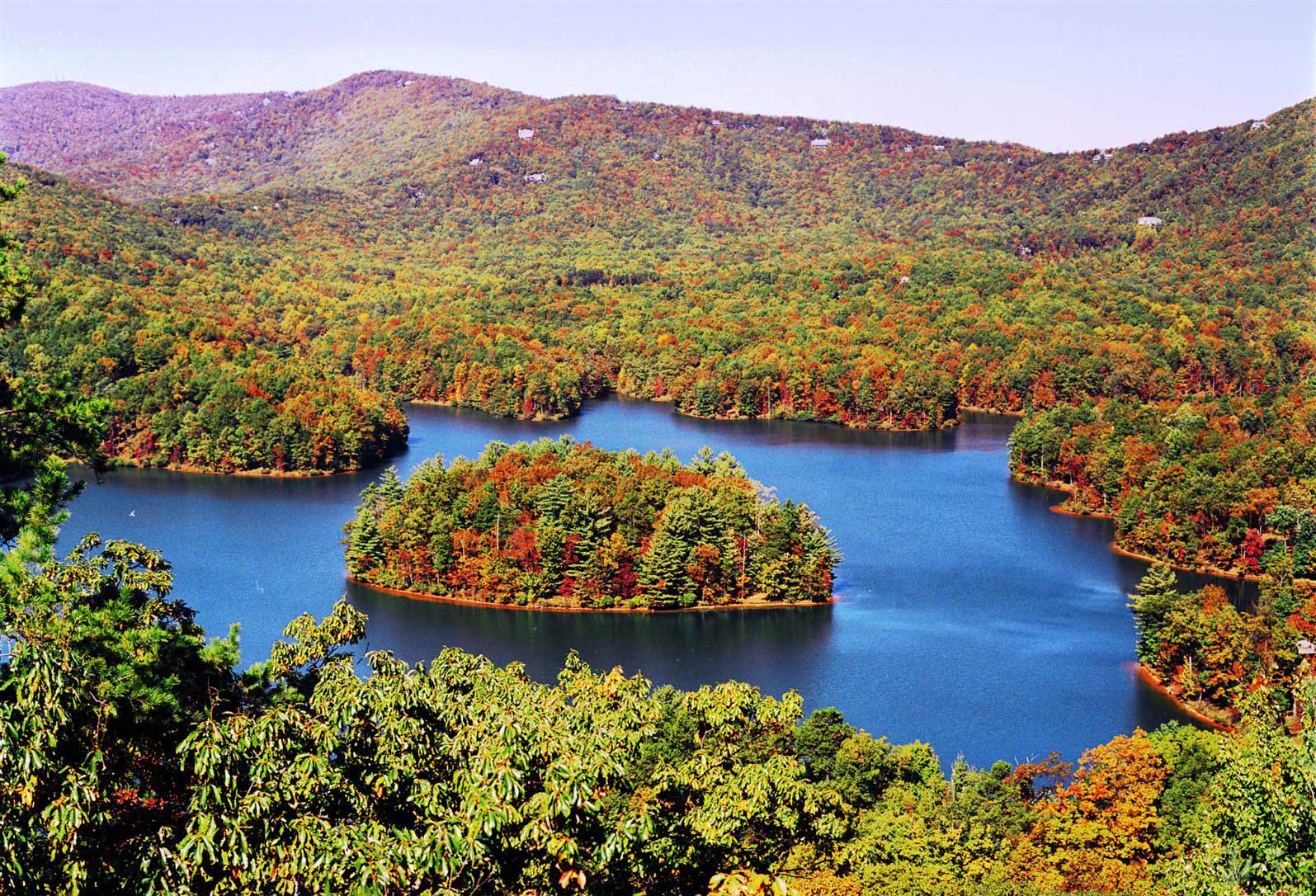 The Georgia Mountain Community of Big Canoe®, as it stands today, started in 1972, when Tom Cousins of Cousins Properties in Atlanta and the Sea Pines Corporation of Hilton Head, South Carolina began its development. They named the property Big Canoe because the site was once inhabited by Cherokee and Woodland Indians whose history, combined with the quiet mountains, all relate to the canoe. The land's inhabitants go back thousands of years. The Paleo Indians lived in this area as long as 4,000 years ago. Artifacts of their civilization can still be seen in Big Canoe®, where they left a curious set of rock mounds within Indian Rocks Park, 50 of nearly 1500 acres naturally preserved within Big Canoe®. Later this land was inhabited by the Cherokee who still have a large presence in North Carolina. The entire area is rich in mineral deposits and the nation's first gold rush was actually in nearby Dahlonega. Once news of larger strikes in California reached the area, miners abandoned the area and headed west. Just west of Big Canoe®, a gentleman named Sam Tate, who ran a hotel on the Federal Road, discovered marble deposits on his land. Mr. Tate started a very successful quarry in the town of Tate and supplied the stone used to create the Lincoln Memorial. Marble quarries still actively mine the stone in Marble Hill and Tate today. While the Tate family mined the marble, they found veins of valuable stone extended well beyond their property. Colonel Tate, Sam Tate's grandson, proceeded to buy up as much of the surrounding land as he could - inlcuding what is today Big Canoe®. The Tate family built cabins for the miners to live in the area and a community school, named Wolfscratch School, which today houses the tennis center. History tells the story of children hearing wolves scratching on the door of the school, and thus the name Wolfscratch. A house was built in 1913 with two chimneys, for the school principal and teacher. Later the house became the principal residence for Steve and Lucille Tate. It burned down in 1959. Today a conference center, named The Chimneys, stands next to these two chimneys, on the site of the old house. Following the death of Steve Tate, the Wolfscratch property was sold and was unused for a number of years until Cousins Properties in Atlanta commenced development in the early 1970's.

In 1987, the Byrne Corporation assumed responsibility for the development of Big Canoe®, and the expansion of Tom Cousin's original vision. In 1997, Greenwood Development (Hilton Head) partnered with the Byrne Corporation to ensure that Big Canoe® would continue as one of the Southeast's premier mountain communities. Today, the Property Owners Association owns the common amenities, roads, Sconti Clubhouse, Canoe Lodge, recreational facilities as well as most of the undeveloped property and maintains and operates these facilities.